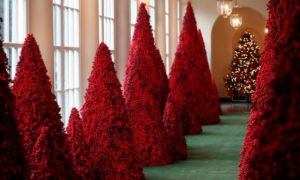 Trump did a mass firing of justice officials. It feels like this is another step towards dictatorship. Haven't we seen the same sort of thing all around the world? A dictator or so called Strong-man comes in to power promising his followers that he will make things great again. Next thing they know he is implementing actions that take away their rights.

The voters don't like it. Legal challenges are made to the actions of the president. He doesn't like it so he fires all of the judges and judiciary who won't just rubber stamp what he wants. Then puts the protesters in jail or "disappears" them.

Little did Trump voters know that they were voting to end democracy. Little did voters know they were voting have their rights taken away from them. Little did they know that the internal White house analysis of Trumpcare would boot 26 million voters, many of them Trump voters, off health insurance in the first year.. The White House analysis is even worst than the CBO office analysis Trump Fired Well Respected Attorney who was banned by Russia for Prosecuting Arms Dealer

This attorney is rumored also to have been investigating other cases about Trump ties to Russia, Trump ethics violations and Trump conflicts of interest and those in Trump's government.

It was also reported that this attorney, since he was so well regarded for his investigations and prosecutions into corruption was told by Trump personally that he could stay on even though he was originally appointed by Obama. But then word leaked out of one more investigation of one of Trump's associates and -poof the attorney was gone. Unceremoniously dispatched by a Trump administration that found they had some things they would rather remain uninvestigated.

Donald Trump promised his followers that he would "drain the swamp" in Washington of lobbyists and Wall Street. Instead of draining it he has flooded the swamp with lobbiests, billionaires and rich corporate CEO's that are accountable to him. You can read about Four Ways Goldman Sachs Will Wreck America From Inside The White House by clicking on the link to read the full story. In addition to wanting his picks to sail through to approval without ethics review he has also banned some of his departments like the EPA, Food and Drug, and Health from talking to anyone. This is the first step to dictatorship and censorship. This is the tactic Putin, who was once a KGB agent, uses to prevent Russian citizens from having access to any news, information or even performance he doesn't approve of.

Goldman Sachs has been convicted of criminal activity, they have paid almost 9 billion in fines. Yet Donald Trump continues to appoint Goldman Sachs Executives.

In another example of Donald Trump, the Con Man who has conned his followers and is attempting to con America, we have heard his call to bring Jobs back to the US.

Goldman Sachs is one of the biggest apostles of offshoring. It has made a business of promoting and training offshoring. It created a model city, the Embassy Golf Links Business Park for offshoring in Bangelore, India. There are over 6,000 Goldman Sachs jobs there. IBM, Yahoo and Microsoft are also there and with them the 43,000 jobs that use to be filled by US workers on US soil.

Currently, Goldman Sachs is teaching the world how to move white-collar service jobs from high-wage to low-wage areas.

The primary architect of the Goldman Sachs strategy to move as many US jobs to India as it can is none other than Gary Cohn, the former Goldman Sachs president who will head Trump's National Economic Council.

Of course don't expect to see any regulation of the financial industry with Goldman Sachs executives filling Trumps team of advisers.

What Trump voter voted for Trump because he felt Wall Street and the CEO's haven't been heard?

First we had the hacking of the Democratic Party emails. The email release was designed to hurt Hillary Clinton in the election. What I thought was very curious about the release was the question of why the leak did not also include emails that were damaging for the Donald Trump campaign. I can't believe that Donald Trump with his inflammatory, insulting talk and love for social media did not have a huge catch of emails that might embarrass Trump for racist, sexual, homophobic or anti-women comments. Well now we have the answer from the New York Times. In a front page story In the December 10,2016 New York Times Russians Hacked The GOP But Hid It Agencies Decide

They say that "American Intelligence Agencies have concluded with "high confidence" that Russia acted covertly in the latter stages of the presidential campaign to harm Hillary Clinton's chances and promote Donald J. Trump, according to senior administration officials.

The Republican's explanation for total difference in leaks of information harmful to the Democratic campaign and the Republican campaign was that their system was not hacked. Now the security agency's findings explode that Republican fiction!