125 years of N.C. A&T: University publishes a pictorial history
Teresa Jo Styles was a journalism and mass communications professor at A&T for 21 years before she retired in January. Previously, she was a documentary producer for CBS News in New York, where she worked alongside Roger Mudd and Bill Moyers.
Read more on Winston-Salem Journal

We Are All Greeks Now
They know gas and electricity being turned off because of unpaid bills. They know the crippling weight of debt. They know being sick and unable to afford medical care. They know the state seizing their meager assets, a process known in the United ...
Read more on BillMoyers.com

Turn Left on Main Street
In a recent Washington Post op-ed piece, headlined, “The last thing America needs? A left-wing version of the Tea Party,” the Democratic congressman from Maryland scolds progressives and expresses his worry “about where some of the loudest voices in ...
Read more on BillMoyers.com

The Revolt Against the Ruling Class
“He can't possibly win the nomination,” is the phrase heard most often when Washington insiders mention either Donald Trump or Bernie Sanders. Yet as enthusiasm for the bombastic billionaire and the socialist senior continues to build within each party ...
Read more on BillMoyers.com 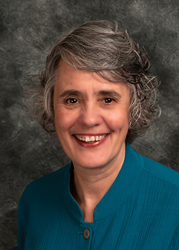 Historian Julie Leininger Pycior, Ph.D., professor of history at Manhattan College, recently published her newest book, "Democratic Renewal and the Mutual Aid Legacy of US Mexicans." Pycior’s latest book traces the historic mutual aid organizing of Mexican-Americans, from its early origins after the Mexican-American War to its present day impact on important policy issues such as immigration and money in politics.

“Latinos, most of whom are Mexican, have moved from the periphery of the national discussion to its center, with much of the public uncertain about this development, but they can take heart from this saga,” Pycior noted. “This overlooked chapter of U.S. history also constitutes a report on cutting-edge efforts to revitalize our democracy today.”

Professor of sociology at the CUNY Graduate Center, Ruth Milkman, author of "L.A. Story: Immigrant Workers and the Future of the US Labor Movement," praised the book: “Pycior’s analysis of mutualista organizing among Mexicans in the United States, past and present, sheds new light on one of the most important social movements of our time.”

A member of the editorial board for the Latinos in the U.S. monograph series of Michigan State University Press, Pycior is a historical consultant to public television and blogs for the "Huffington Post." She is currently working on a book project entitled "Bearing Witness: Dorothy Day, Thomas Merton and the Question of Belief in a Time of Crisis." In addition, Pycior is writing an article on the Great Society at high tide, a vivid account of the historic moment in 1965 when a record-number of laws were passed, with publication timed for the 50th anniversary in 2015.

She also edited the 2004 best-selling book by television journalist Bill Moyers, "Moyers on America: A Journalist and His Times."

“Finely-honed … marvelous,” says Moyers of "Democratic Renewal," calling it “a book whose derided, dismissed, and suppressed subjects rise vividly from the shrouded past to offer our troubled democracy its only hope: "Solo Juntos Lo Lograremos" — ‘We Will Only Achieve Things Together.’”

Pycior received her B.A. with honors from Michigan State University and her M.A. and Ph.D. from the University of Notre Dame.

To read more about Democratic Renewal and the Mutual Aid Legacy of US Mexicans, visit Texas A&M University Press website at http://www.tamupress.com.

Manhattan College is located at West 242nd Street near Broadway in the Riverdale section of the Bronx, one mile from the Westchester County line and accessible by MTA subway line No. 1. For directions to the campus, visit http://www.manhattan.edu.

Founded in 1853, Manhattan College is an independent, Lasallian Catholic, coeducational institution of higher learning offering more than 40 major programs of undergraduate study in the areas of arts, business, education and health, engineering and science, along with continuing and professional studies, and a graduate division. For more information about Manhattan College, visit http://www.manhattan.edu.

The program aired twice in April, and showcased Flow Wall’s products. The Salt Lake City-based company showed the nation the undeniable value of stylish and durable organization for every house with a garage.

In the airing, the team rescued a family from serious clutter that accumulated following a serious car accident that changed their lives. For Bruce Hoffman and family, their garage had become totally unmanageable.

“Like many homeowners, his garage was total chaos,” Flow Wall spokesman Matt Grimm said. “We wanted to help to create a space where the family can store and find their stuff in the garage effectively. Flow Wall (http://www.flowwall.com) is so affordable and does not require the expense of custom cabinets.”

Flow Wall panels, shelves, hooks and cabinets can be used in most any storage situation.

“Flow Wall is an affordable yet truly effective way to organize any room and especially the garage space,” said “Operation Build” host Alexi Panos. “We’re going to give his freedom back, by giving him space in his own home.”

Accident or not, the Hoffmans are not alone in having a disorganized and misused garage.

“A lot of Americans have a lot of extra stuff,” Panos noted.

“There are literally millions of Americans that will not be able to park their car in their own garage. There are a lot of people who can’t even simply park in their garage because they just have way too much disorder - stuff is everywhere and sadly, they haven’t learned about Flow Wall’s innovative solutions,” said Scott Gordon, Executive Director of Flow Wall.

“Once a family realizes they can nearly double their storage space moving stuff from the floor to the wall area, the family can again enjoy their space and even park their car inside. This is a most typical response heard by actual customers,” Gordon concluded.

“When you’re organized in life, things go a little better,” he said. “And a better life means more time to do things you really care about.”

One of the best things about Flow Wall is that as your storage needs change, the system can change with you.

“When I first put Flow Wall in my house I was a bachelor, so I had motocross gear, wakeboard stuff. Then I got married and I had kids,” Grimm said. “With Flow Wall, I can adjust things and move things around, and it works for both me and my family.”

According to Grimm, “never is anything set. You can always adjust it.”

According to the History Channel source, the “[‘Operation Build’] team are tasked with home improvement assignments that must be completed on time. Whether the team is picking up the pieces and rebuilding after a disaster such as a fire or flood, or coming to the rescue on a remodel gone wrong, the ‘Operation Build’ team gets the job done.”

Related to the Hoffman’s situation, “they said you could never find anything in the garage,” Grimm said.

Diplomacy is a 1994 book written by former National Security Advisor and Secretary of State Henry Kissinger. It is a sweep of the history of international re... 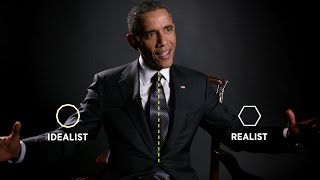 When it comes to foreign policy, is President Obama a realist or an idealist? Turns out he rejects both terms. Read the extended interview with President Oba...
Video Rating: 4 / 5