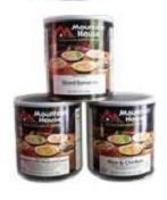 Signs and wonders of the growing global economic disaster continue to emerge. No one is pretending to imply that things are going to be OK anytime in the near future. Millions of jobs are being vaporized. Home and real estate values are plummeting. Assets are disappearing into thin air and lives are being turned upside down.

Up to 40 million people will lose their jobs in 2009 according to the International Labor Organization. Over a quarter of a million western companies are expected to fail, representing record levels of insolvency. More than $ 10 trillion has been pledged by the U.S. alone toward solving the crisis.

Safecastle LLC owner Victor Rantala said, "Economic failure and cultural devolution are the best-case scenarios we have to work toward right now. The worst case?--the real possibility of the outbreak of major warfare, disease, and/or natural catastrophe that would coincide with the current demise of the economic system as we know it."

Scores of politicians, commentators, and experts from all walks of life have been toiling to get the word out in the last several months. The message is that people need to do what they must to be ready for a world that is about to be far less kind and gentle.

Names like economics and business Professor Nouriel Roubini, economic commentator and broker Peter Schiff, ShadowStats economist John Williams, economic strategist Barton Biggs, Wall Street Journal writer Brett Arends, former National Security Advisor Zbigniew Brezinski, engineer and author Dmitry Orlov, not to mention officials from various US government agencies are among the many who have used their positions of influence to sound the alarm about the dangers we are facing.

Said Rantala, "Many, many people have taken heed of the warnings and allocated precious funds into resources that are substantive and actually meaningful in the emerging, new reality. Assets like precious metals and storable food are in demand like at no other time in history. That move toward traditional value is continuing to accelerate."

In spite of this growing awareness of the need to reallocate resources and to stock-up on tangible supplies, inevitably there are going to be countless people left behind. The suffering ahead will possibly be unprecedented.

Rantala said, "The reason I started Safecastle LLC was to enable as many people as possible to be prepared for crisis situations. We're now facing the largest magnitude of crisis in our lifetime and we at Safecastle remain committed to helping others while we can. So we are now offering the best possible deals we can put together on the number-one selling, highest quality emergency storage food in the world — Mountain House freeze dried food in #10 cans."

US consumers are encouraged to take advantage ... for two weeks, from February 21 to March 6, Safecastle is offering cases of Mountain House food at 25%-off discounts, as well as free shipping to the continental United States.