Imagine never being allowed to go to the place your entire family is from. Up until recently, that was the case for young travel writer, Alyssa Ramos of MyLifesAMovie.com. The lift of the U.S. ban on Cuba travel gave her and many other Cuban Americans the opportunity to finally discover where they're from, and even see family that still lives there.

Inspired by a hidden journal written by her deceased grandmother depicting her life growing up in Cuba, Alyssa made the journey back to the town of Santiago de Las Vegas to discover her roots. Guided by the detailed descriptions in the journal, old black and white photos, and her Spanish-only speaking cousin who still lives in the town, she was able to travel back in time from 1921 to 1958.

Many people wish to travel to Cuba because of its time-capsule-like preservation, and while Alyssa proves this to be true with before and after photos, she also aims to spread awareness about why Cuba is frozen in time.

Communism not only forced her grandmother and mother to flee Cuba, but tore apart hundreds of Cuban families and took away opportunities for hard working people. Many people have asked how she feels about the uprise of U.S. tourism on Cuba travel, and after her journey, learning about her family's history, and speaking with locals, she finally has some answers.

"It's complicated because there's so much you need to understand about what these people have gone through. From what I gathered, the Cuban people are excited about U.S. tourism increasing, because they hope it's a step towards democracy, and hope it will bring in more money. However, many of them are still very hostile towards Americans. Many of them wouldn't even speak to me until I told them I was Cuban, and even then, they corrected me that I'm "Cuban-American", and some even said I was only "American"," Alyssa commented on her interactions in Cuba.

"As a Cuban American, I hated the idea of tourists flooding this delicate country at first. It bothers me that no one cares to learn about the history of what these people - what my family - went through, they just want to see the cool cars and old buildings. It still bothers me, which is why I aim to raise awareness, but I must consider the well-being of the Cuban people, and the opportunities that U.S. tourism will bring to them."

Alyssa has written a touching story and short video on her website (MyLifesAMovie.com) that follows her around the town her grandmother grew up in, along with photos of the journal pages.

She also has extensive information on Cuba travel information, history, present state, and local opinions, and is happy to share her story or any information to help others gain awareness and inspire knowledgable travel. 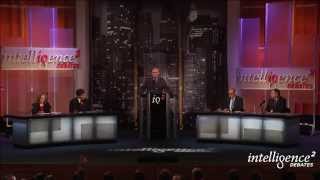 Income inequality has been on the rise for decades. In the last 30 years, the wages of the top 1% have grown by 154%, while the bottom 90% has seen growth of only 17%. As the rungs of the economic.